Oh.  My.  God.  Impossible voice, amazing choreography, undeniable stage presence, mindboggling lights (yes, that’s a laser off a sequined top), show of the year by a country mile.  FKA twigs is a far, far better future of pop music than we deserve – if you are not watching her, start now. 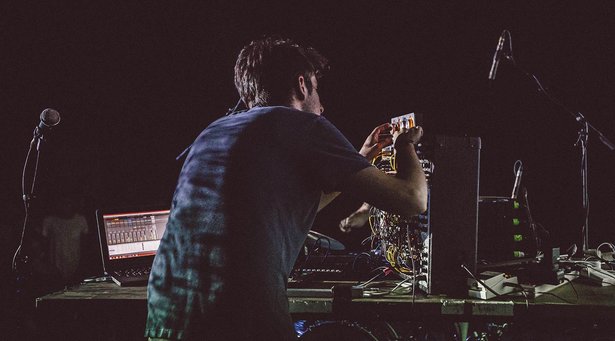 My boy.  I think I’m out of superlatives for Holden, and his live show of The Inheritors deserves all of the ones I’ve used already.

“come at 11 there’s an african dj”, texted a friend of mine.  If he had said “there’s a man playing the gyil“, which is what I walked into, I would have been there on the dot. Concerns about accidentially going to a Third-Stream show not withstanding, this was a monster of a thing:  11 players, amazing visuals, huge sounds, huge peaks.

Honors out to Holly Herndon at The Wick, the Dark Circuits show at Spectrum, a tiny NYU composer’s concert with lots of Feldman, and the NY Phil’s CONTACT concert at National Sawdust.  More next year.